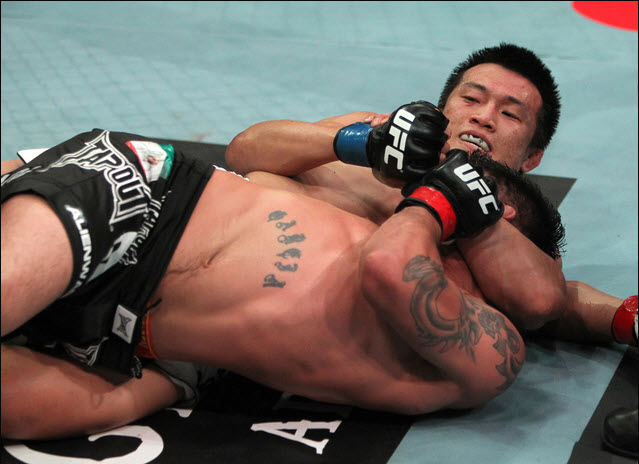 BJJ No-Gi (also known as submission fighting, submission grappling, sport grappling) or Combat wrestling (in Japan), is a formula of competition and a general term for martial arts and combat sports that focus on clinch and ground fighting with the aim of obtaining a submission using  holds. The term “No gi” usually refers only to the form of competition and training that does not use a “jacket”, “gi,” or “combat kimono,” often worn with belts that establish rank by colour.

Instead of the gi we wear shorts, skin-sticky clothing such as Rash guards, tights (spats) and other mixed short clothes so they do not rip off. This also adds to the effectiveness of our techniques in a real world or self-defence scenario. We also train using submission techniques normally banned in other arts or competitions such as heel hooks, toe holds and other leg submissions.

Some of the many styles that are incorporated into Ronin Academy’s BJJ No Gi are as follows;

If this appeals to you, come check it out, you wont be disappointed.