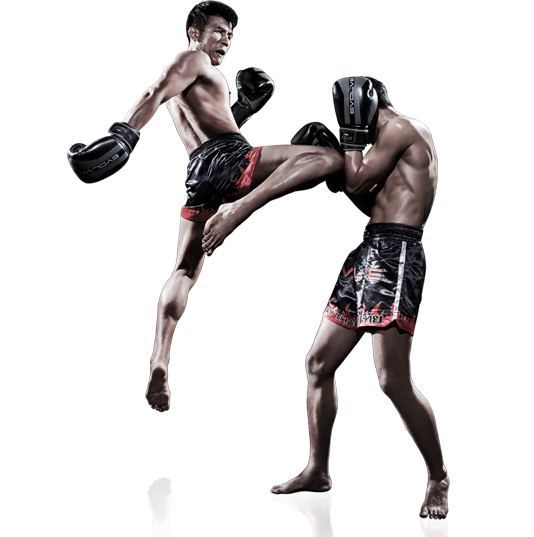 Muay Thai is the national sport of Thailand that uses stand-up striking along with various clinching techniques known as the plumb or collar ties. Muay Thai is known as “the art of eight limbs” because it utilises the combination of fists, elbows, knees and shins. It became widespread internationally in the mid twentieth century, when practitioners defeated high ranking students of other martial arts. A professional league is governed by the World Muay Thai Council.

At the Academy we offer nine classes a week dedicated to Muay Thai ranging from Techniques classes and Thai pad work to sparring days. All these classes can be attended by anyone at any level of fitness and knowledge.