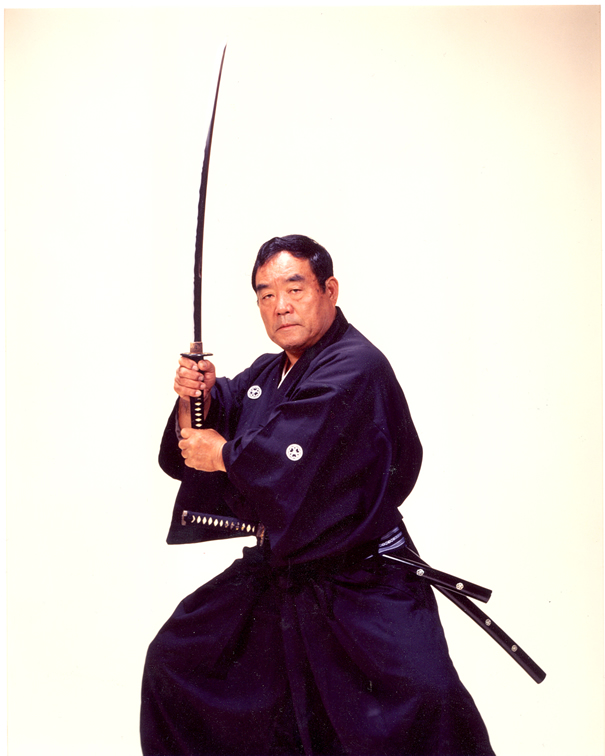 Nakamura developed Batto Do while teaching kenjutsu in northern China. He was inspired by the idea that the eiji happō (the eight principles of writing kanji) could be applied to swordsmanship. He began to organize his understandings into a system of practical swordsmanship in which non-martial techniques were discarded (much like the practical Toyama-ryū of the early 20th century).

The system is based on Nakamura’s studies whilst teaching Toyama-ryū: bringing the sword blade to a halt after a cut, parrying, progressing to the next combative posture using the sword’s kinetic energy. It also makes use of what, through his researches, Nakamura found absent from many other schools of iaidō, kendō, and battōjutsu: the kesagiri, a cut he thought extremely useful.

Eight chiburi were then incorporated into the system. The basic chiburi used in both Toyama-ryū iaidō and Nakamura-ryū battōdō is actually an en garde position: the sword is snapped down, its point slightly elevated at knee level; from this position, one can maintain zanshin as well as convert easily to a thrust, should the need arise. Nakamura added seven more chiburi, notably from Omori-ryū and Tenshin Shōden Katori Shintō-ryū kenjutsu.

The five kamae of kendō/iaidō were also incorporated into the style, to which were added the left-side versions of waki kamae and hasso kamae, and right jodan kamae, making eight kamae altogether.